The material forms of our collective nightmares are subject to fashion. This year would have to be the year of the vampire. Zombies are also popular.

But just as low-waisted flares get the shove from the fashion scene to make way for armpit-hugging granny jeans, there isn’t room for all our monsters at one time.

A monster we don’t hear much from lately is the cannibal. 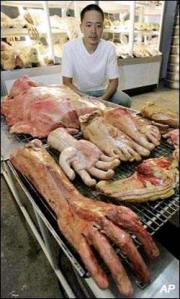 I work in a library, and whenever I go to the water fountain, there’s always a reshelving cart parked right there, full of intriguing titles. This week’s winner was, ‘Our Cannibals, Ourselves,’ by Priscilla L. Walton.

Walton traces conceptual origins of the cannibal to Homer (Polyphemus the Cyclops enjoys the occasional meal of raw sailor), but notes that the word doesn’t enter European languages until Columbus.

As you might expect, there is a lot of ugly racism/colonialism hovering around the representation of cannibals, from H. Rider Haggard through Gilligan’s Island. But there is also the possibility that cannibalism doesn’t have anything to do with actual eating at all:

“The admiral says that he well believes there is something in this [report of cannibals], but…they must be an intelligent people…He believed that they may have captured some men and that, because they did not return to their own land, they would say they were eaten.” -from Columbus’s diaries, Walton, p.2

I really love that. That being ‘eaten’ could mean being swallowed by another culture. In many ways, that would make the US, the British, the French, and all the other dominating cultures, the true cannibals, not the poor guy in the palm leaf sarong and the finger-bone necklace.

So where does that leave us in monster-movie land? I’m not sure, but from where I’m sitting, it looks like cannibals are due for a re-examination. 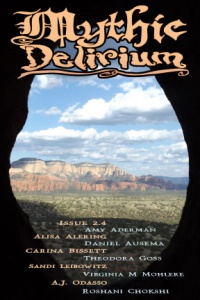 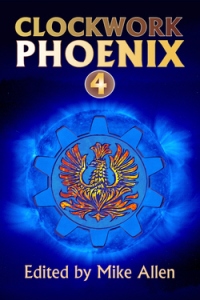 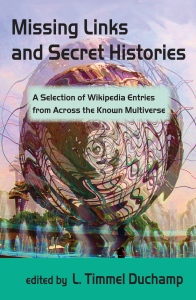 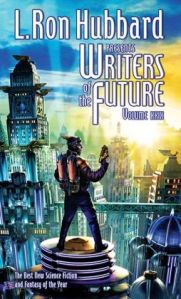