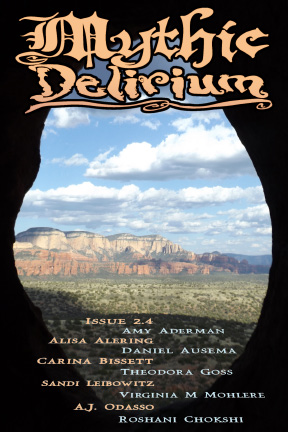 Ekfa-wha? It sounds like a skin condition, but stick with me for a moment. Ekphrasis is literary commentary on a piece of visual art. In this case, it refers to a short story that I wrote influenced by a sculpture.

A while back, I participated in Bonnie Jo Stufflebeam’s 2014 “Art & Words Show” held in Fort Worth, Texas. It was sort of a writer-artist exchange program. I submitted a flash fiction story and and an artist produced visual art inspired by the story–in this case, two paintings based upon my piece “Keith Crust’s Lucky Number.” In exchange, I selected a piece of visual art that appealed to me and wrote a story inspired by that art.

I chose–and I mean chose. When Bonnie released the artist selections to us writers, I was there on the second so I could get my first choice–I chose Pam Stern’s sculpture Tuscan Women. It was just so haunting I was sure I would have something to say about it. Pam’s work combines portrait busts of women with architecture. I know, right? So compelling.

It took me a while to work out the story I wanted to tell about the women holding a Tuscan village on their heads, and about the much darker forces implied by the heavy black sketching at the base of the sculpture. Finally, I discovered that it was an origin story that I had to tell.

The result, “We Will Hold,” is now available to read online in Mythic Delirium 2.4